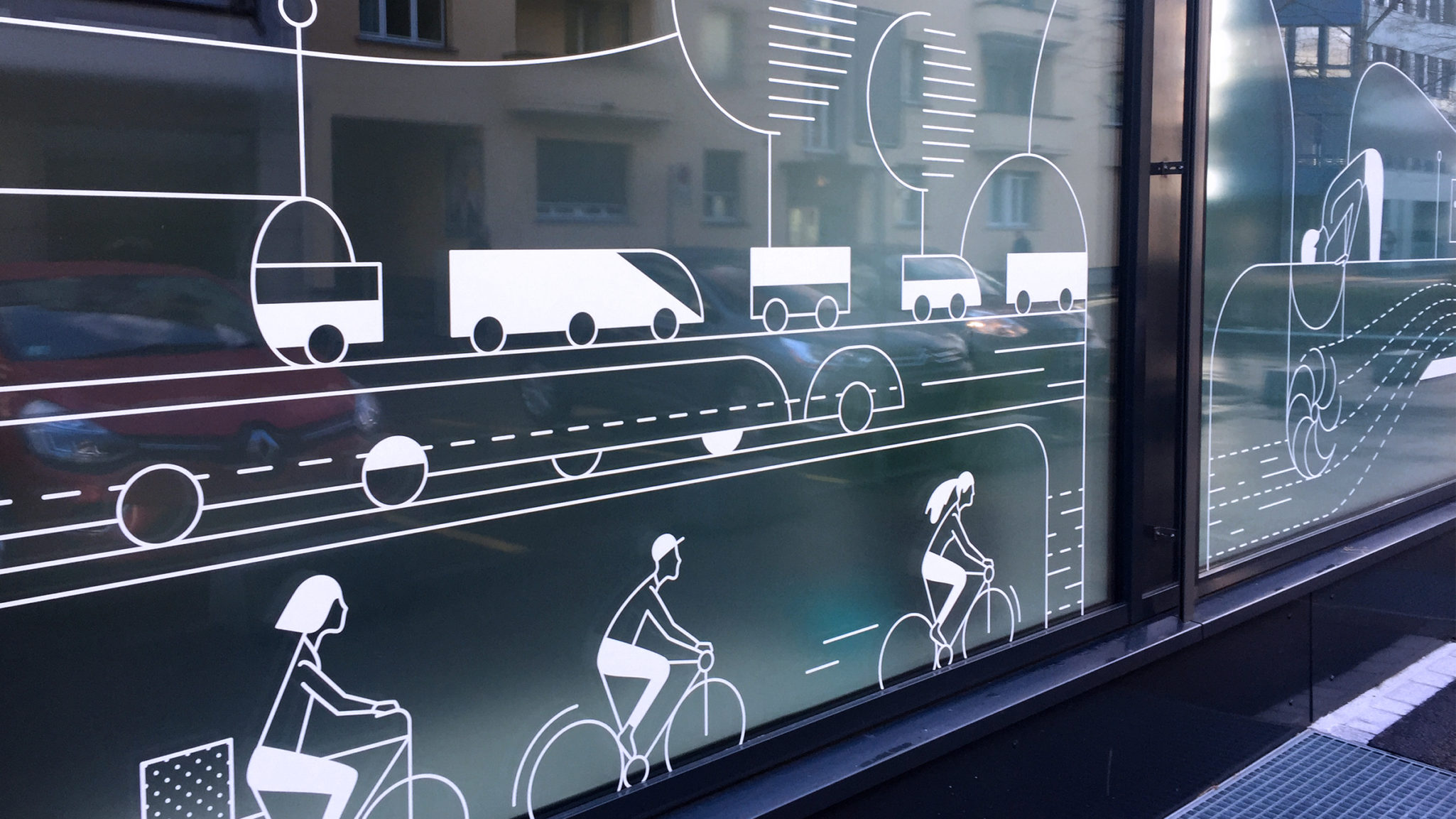 Designing the appearance of an office building

EBP is located in two neighbouring office buildings in Zurich’s inner city close to a busy train station. They decided to make the best of this prestigious location and give the company a strong outward appearance while providing some privacy to the employees. I had the pleasure to design a large illustration to cover the 48 meters long and 2 meters high glass façade. In an iterative process with the communications team I developed an image which underlines the company’s clam “Shaping the future”. The picture gives a rough idea of EBPs fields of work while allowing the viewer some scope for interpretation too. To visually connect the second building, which holds a nice reception area, to this strong appearance of its neighbour they installed a 98 inch screen. I animated some parts of the illustration to appear on the screen besides actual projects that were done at EBP and some company facts. See below some work in progress and installation pictures as well as the animation and the final look of this great project.

↑ Full length of the illustration (18 Windows) 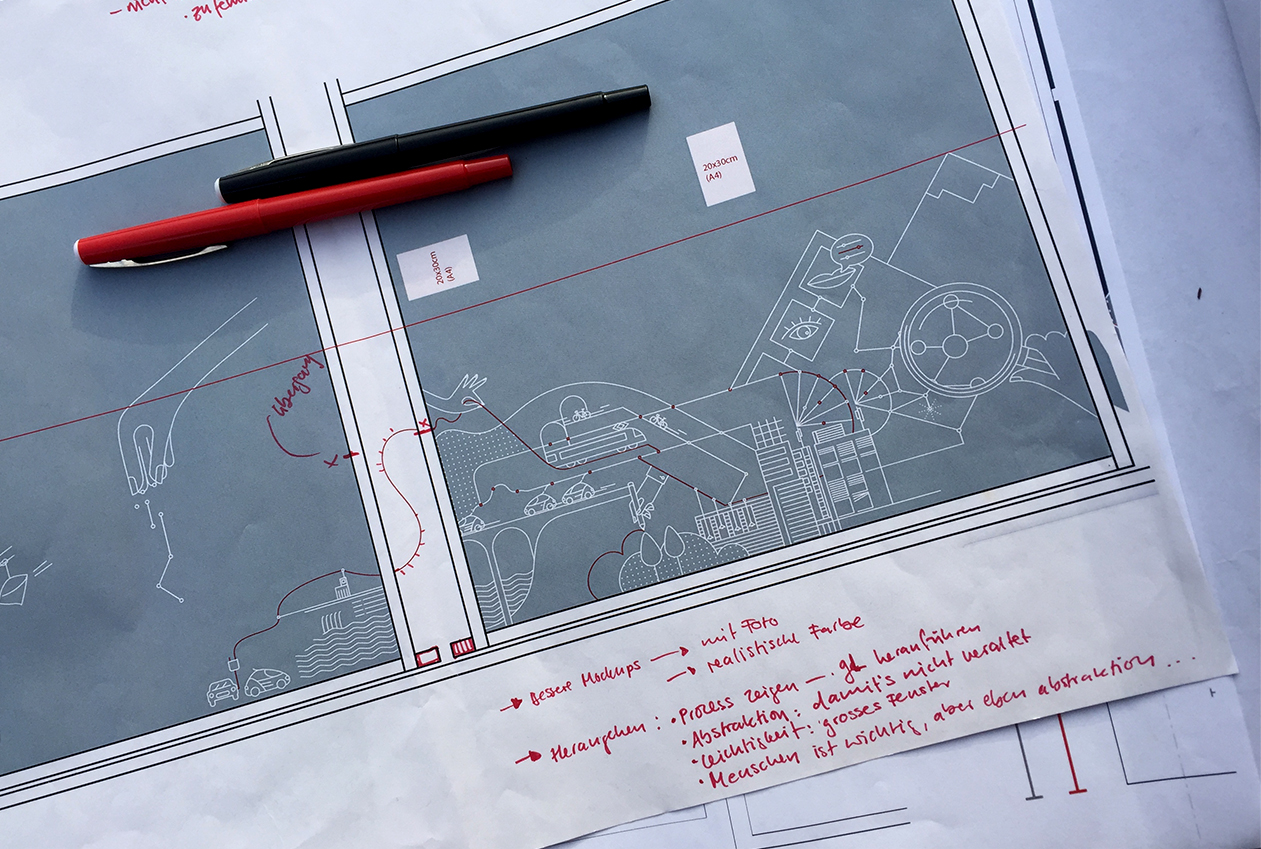 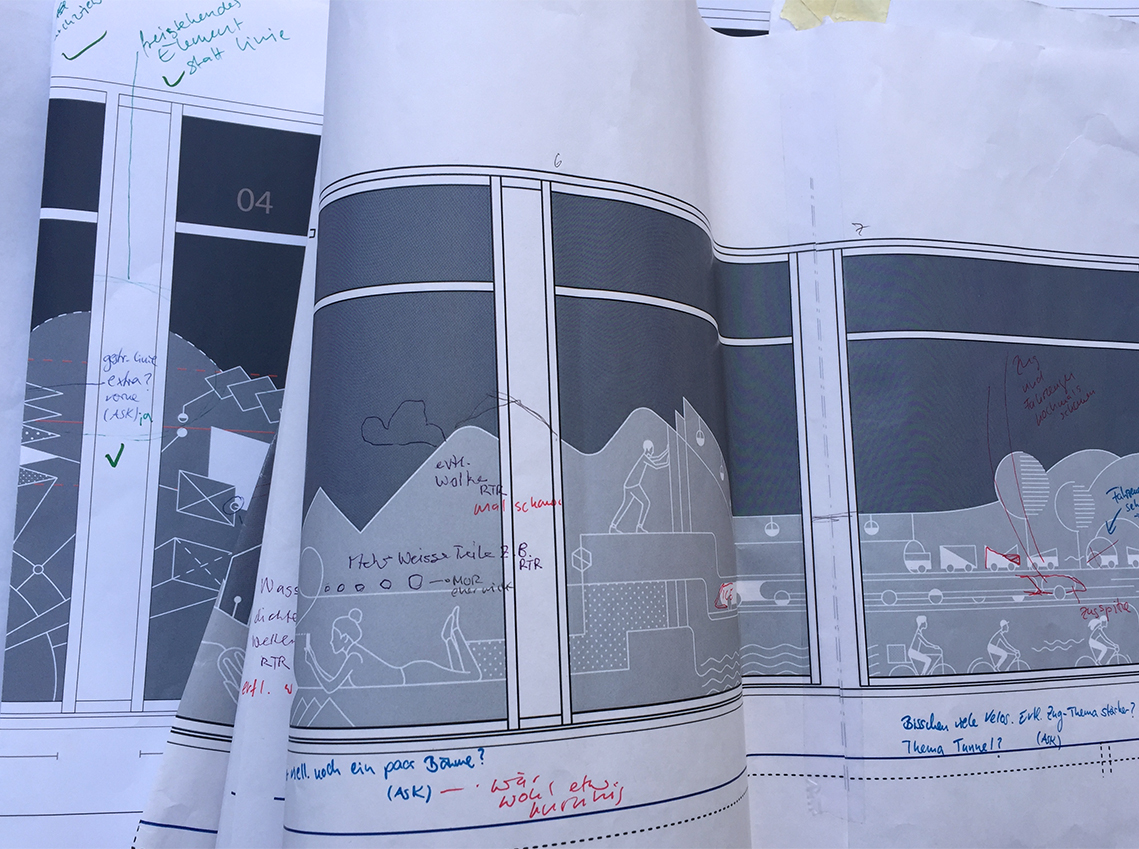 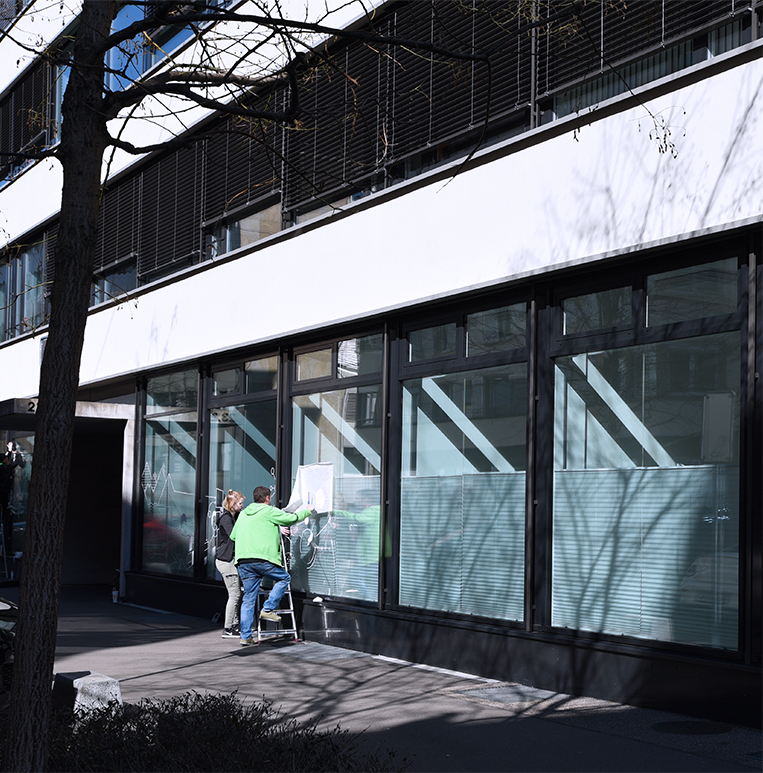 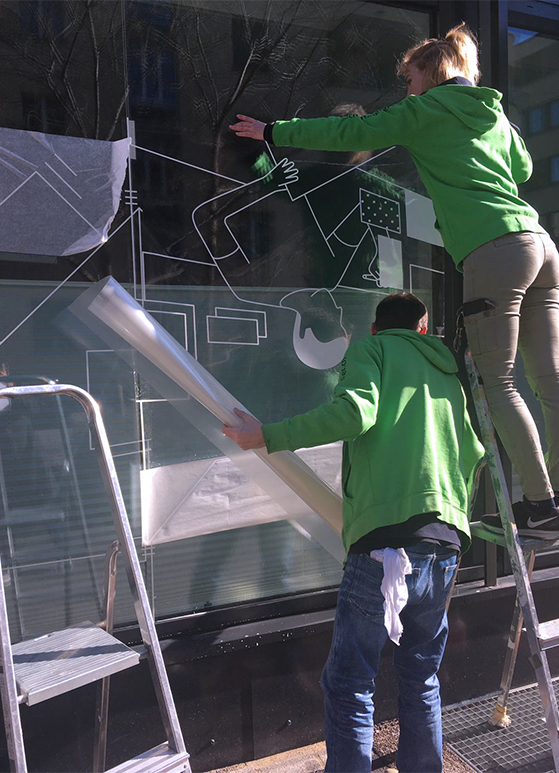 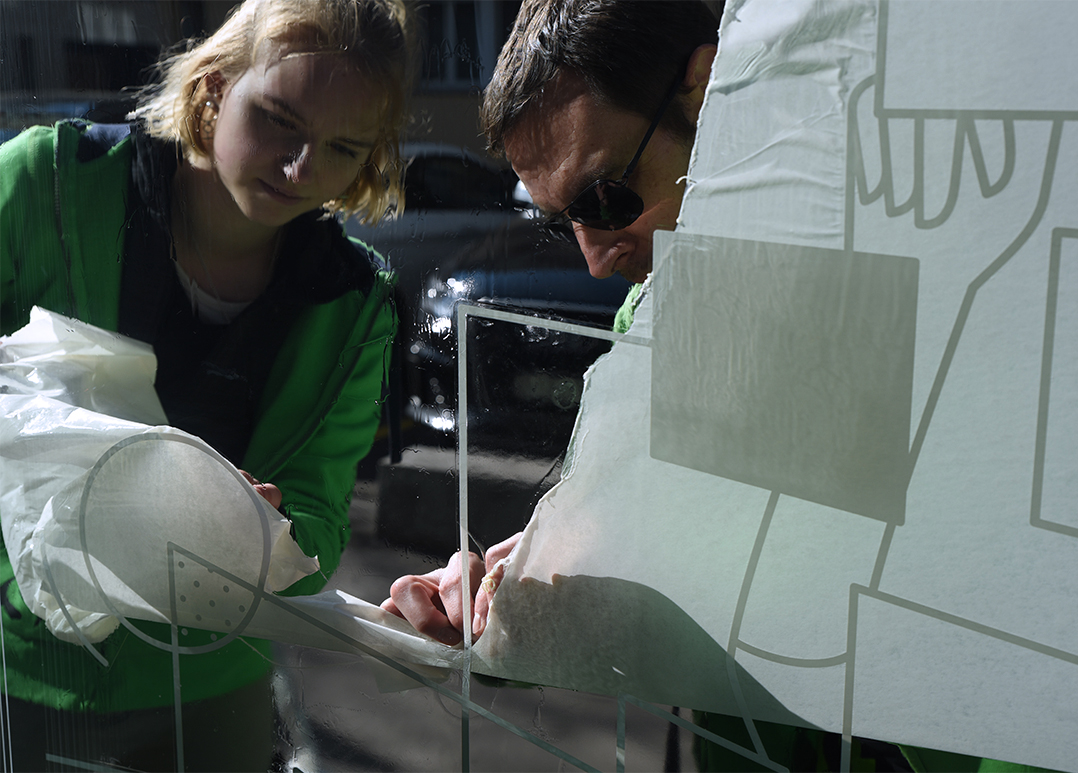 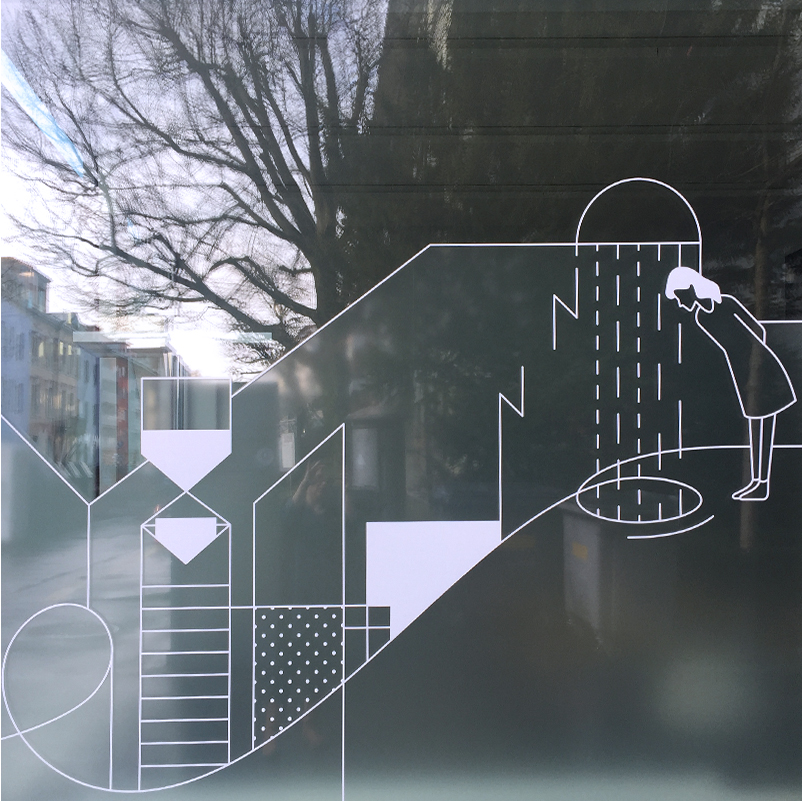 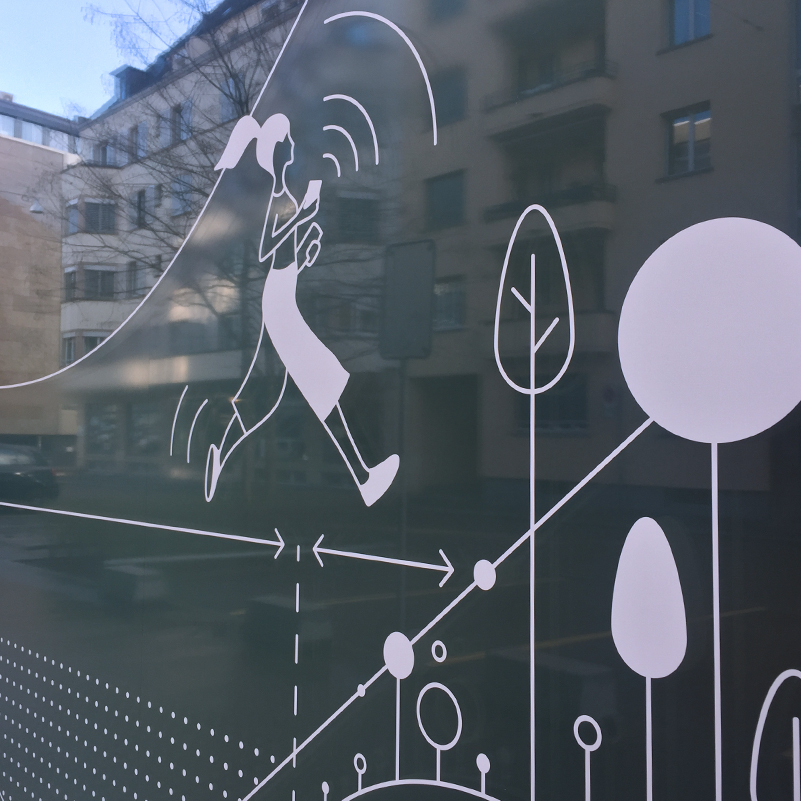 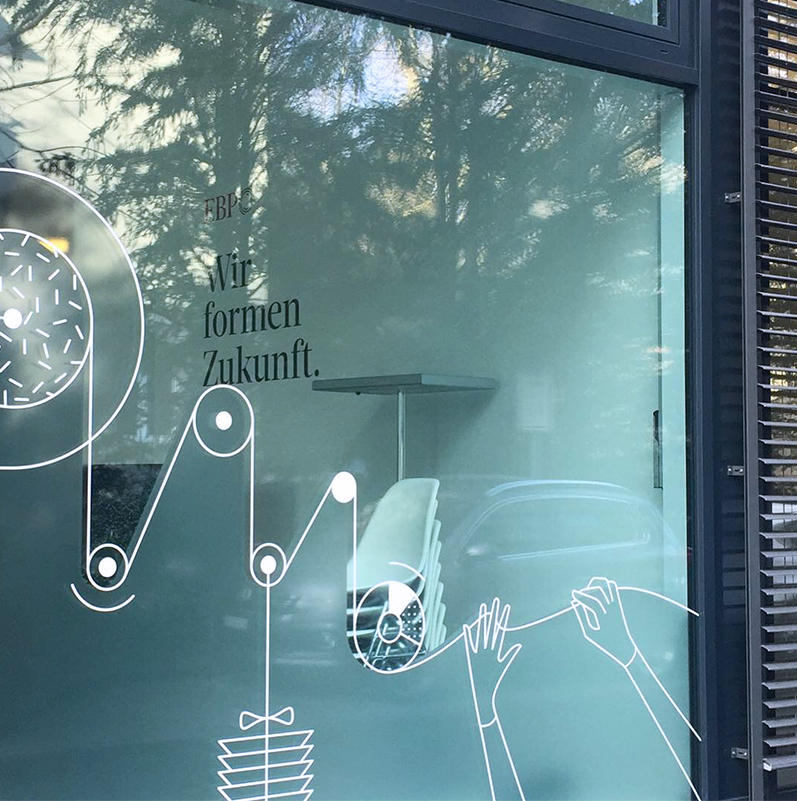 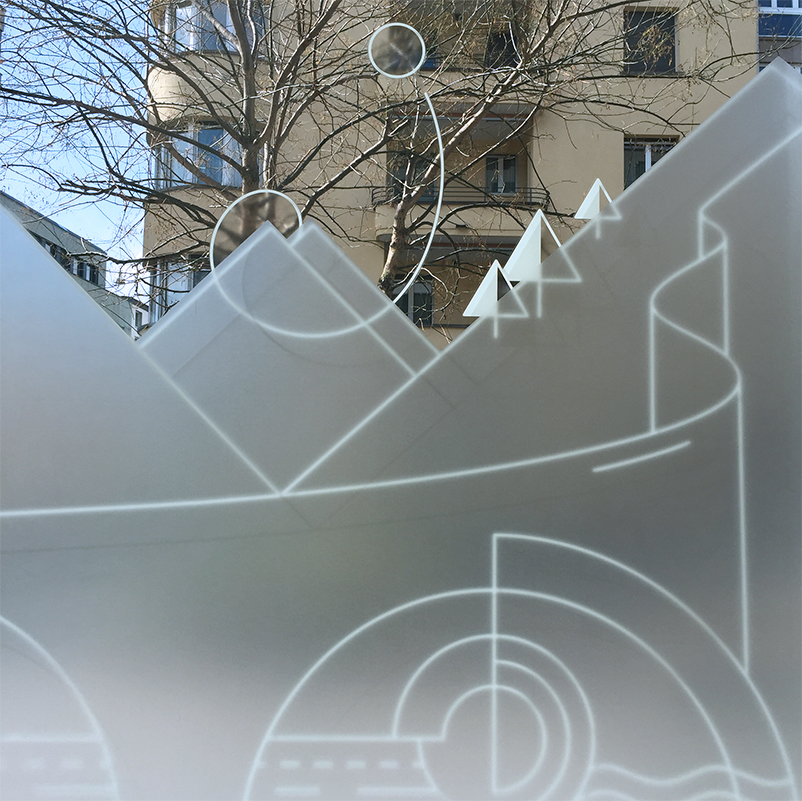 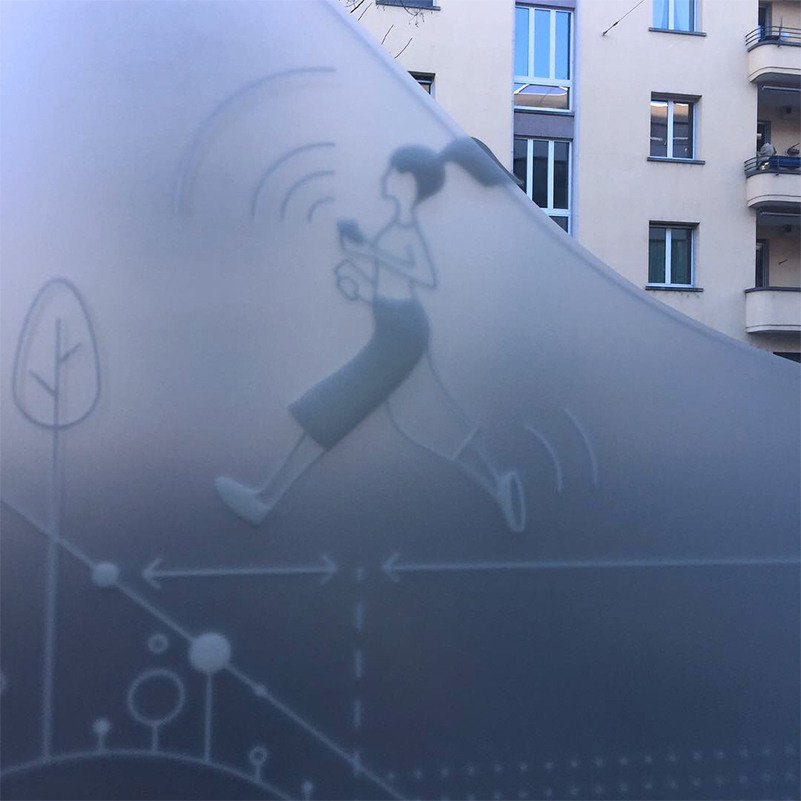 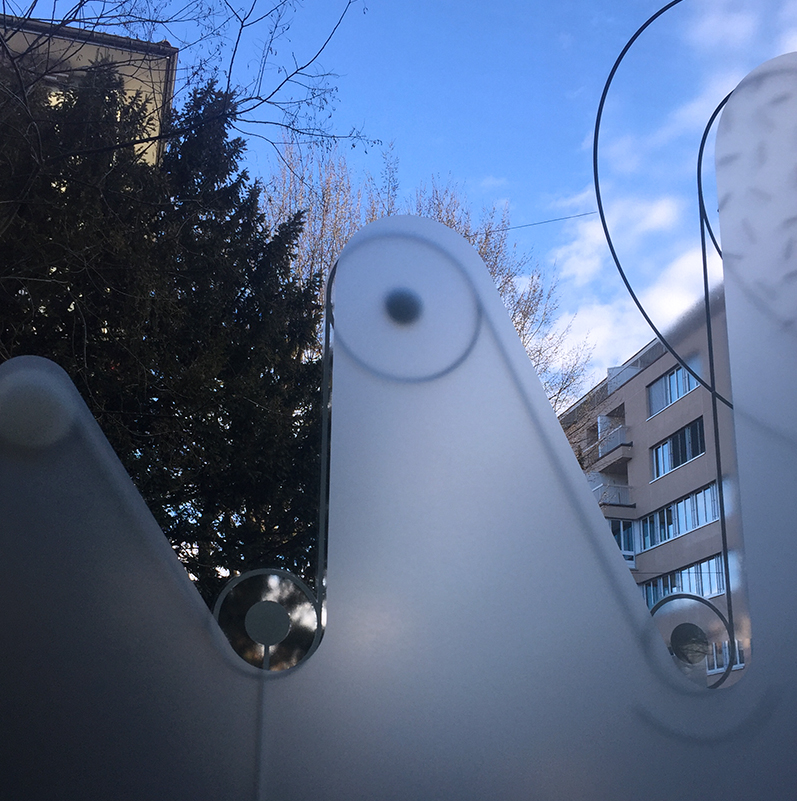 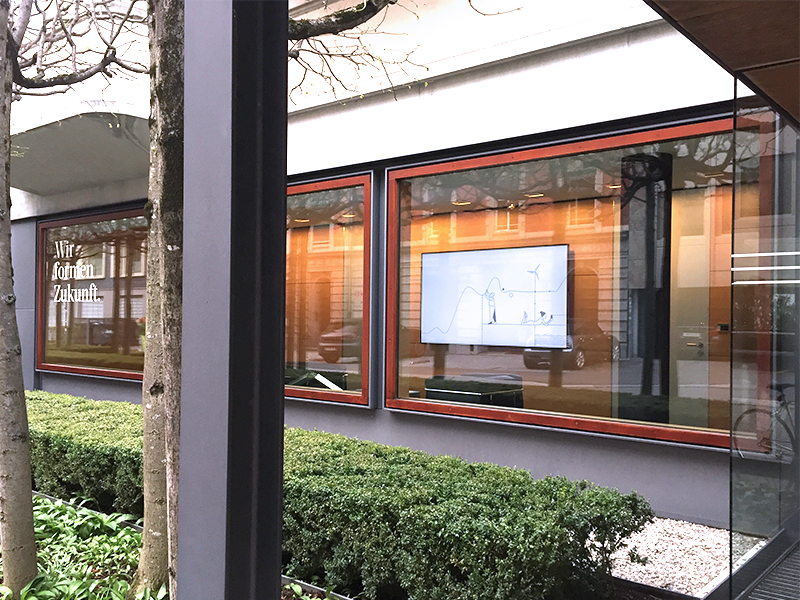 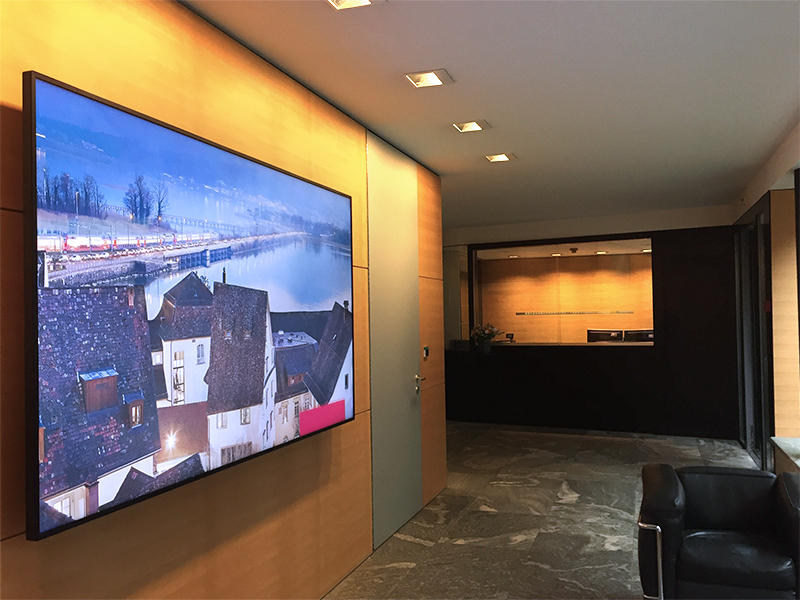